Doing this study on the mark and the name of the beast was resisted for several days before it began, remembering an earlier effort that had no success or understanding coming forth whatsoever.  Somehow, it was sensed that this time things would be different… and something was noticed.

This article was written especially for anyone who has previously considered the appearing of the man of lawlessness spoken of in 2 Thessalonians 2:3-12, and his ability to deceive all, even the elect of God, if possible. It alludes to how complete and powerful the Antichrist’s deception will be at his appearance.

This study began with the following two Scriptures from the Book of Revelation.

Revelation 13:17 “and he provides that no one should be able to buy or to sell, except the one who has the mark, either the name of the beast or the number of his name.”

Revelation 13:18 “Here is wisdom. Let him who has understanding calculate the number of the beast, for the number is that of a man; and his number is six hundred and sixty-six.”

Thoughts leading to what will be shown the reader:

1.  Immediately the following Scripture breakdown was written down.  What was seen here as being new was in recognizing that not only was the name of the beast unknown, but the number of the beast was also unknown.

“the mark” equals, or, represents, “the name of the beast” and/or “the number of his name”

Contained in the question is the answer, or, key to the answer

2.  A book, written by Jerry Lucas, entitled “Theomatics,” which had been read years earlier, came to mind.  (Don’t be put off by the word “Theomatics,” it is simply a study of God’s use of numbers in Scripture.)

What is about to be shown to the reader came very quickly, maybe over a ten minute period.  The points about to be shown to you from the book “Theomatics” had all been highlighted years earlier, and none of them spoke then as they did now.  Be sure that you check everything out, every which way you can, to try to disprove the conclusions brought forth.  If what was noticed is from God it will not be able to be shaken. However, if it is simply from the mind, it will fall at the slightest breeze.

3.  Mr. Lucas explains to us that, “Every single letter of the Hebrew and Greek alphabets has a number, or theomatic, value assigned to it.  Now, this is not only true of the individual letters, but it is also applicable to each and every single word in the Bible.  To illustrate, we will take the word for Jesus in Greek, which is Ιησους,  By following the chart for the Greek number code and adding together the numbers for all the letters in this word, we would obtain the following total:

Let the reader keep in mind that the significance of theomatic numbers such as “888″ is that they occur again and again in Scripture. For instance, 888, 111, 37 are numbers that are always present when Christ is being referred to in Scripture (666 is usually connected to the Satan and Antichrist references, etc.), an event that occurs in no other book written by man.

This was the first example that was looked at that was intended to show how the number 666 was divisible into the number value (4,662) of all the letters in the above description of Satan and the Antichrist, who is the ruler of this world.  However, instantly the thought came to mind that that’s the same as 6 X 777, or, 4,662.  This is a number (777) that can also be used to denote Christ Jesus.

Do you see what had happened?

We were able to see in point four above, that 777 is also the theomatic number of the beast!!!

Seven (7) is regarded as God’s number, a holy & perfect number.  777 would seem to be the antithesis of 666.  Some have even thought that the number 777 could be the seal of the 144,000 saints seen in Revelation 7:3-8.  We know that Christ Jesus was the manifested love of God, therefore the number 777 would seem to also be a reference to Christ Jesus.  Isn’t this true?

6.  A jumble of thoughts here: First, the name of the Son of God is Jesus, but is also Melchizedek (Psalm 110:4), Prince of peace, etc.  Therefore, why does the name of the Antichrist have to be one name, for in Scripture a name refers to qualities that a person possesses; as Christ is multifaceted, so is the Antichrist.  Secondly, any name to be calculated must already be in Scripture in order to use God’s words as well as God’s theomatic value for the antichrist, 777.

Somehow, any name value would be able to be simply tested for its correct usage… which is what we have been shown in example 4 above!

Then Mr. Lucas brings forth another theomatic value in this same Scripture that denotes Satan and the Antichrist:  “Its power and its throne and great authority’ (Revelation 13:2) 666 X 7” (Page 182,183, Theomatics)

The fact that these above direct references to the Antichrist in Revelation, Chapter 13, also have a reference to Christ and God’s perfect number is powerfully disturbing!

8.  Mr. Lucas writes: “The mark of the Beast.  Probably the most profound significance of the number 666 emerges from those passages of Scripture which concern the mark of the beast.  The Greek word for mark is Χαραγμα and it means `to engrave, mark, or stamp’ something.  Revelation, chapter 13, tells how those that worship the image of the beast will receive a mark on their right hand or forehead.  For centuries people wondered what the real significance of this was. Since the invention of the computer, it is very easy to see how every person in the world could be marked and cataloged with a number, which in turn would be programmed into a computer. Revelation 13:17 tells us that no one would be able to buy or sell, except those who have the mark, the name of the beast, or the number of its name.  With the coming of the computer, this idea would be very feasible” (Page 184, Theomatics).

9.  What we are about to look at out of Mr. Lucas’ book is a series of Scriptures that refer to both Christ & the Antichrist in their theomatic values.  In other words, these are names and descriptive phrases that the Antichrist will claim for his own when he appears on the earth.  As you read this section think about the significance of what you are being shown!

However, the statement “we have found the Messiah” also has the Antichrist value: 777 X 2; Mr. Lucas explained in his book that the prime number 37 is always found in reference to Christ and that’s why it is stressed.  But notice it also equally refers to the Antichrist!

“There are two references to the Godhead in the New Testament; Since every aspect of the fullness of the Godhead dwells in Christ, the following two features will confirm this fact:  `His eternal power and Godhead’  (Roman 1:20)  [the theomatic value is] 37 X 84.”

But this statement also has a theomatic value denoting the Antichrist: 777 X 4.

“What is probably the most outstanding reference to Christ being a part of the Godhead is found in 2 Corinthians, chapter 4.  Here Christ is referred to as being the image of God.  `Who is the image of God’ (2 Corinthians 4:4) [the theomatic value is] 111 X 35.”

Notice that the statement “Who is the image of God” also has a theomatic value that refers equally to the Antichrist: 777 X 5.

Question for the reader: Are you beginning to see the direction these Scriptures are pointing? They are pointing as forcefully toward the Antichrist, as they are towards Christ Jesus. Think about how this can be used by the Antichrist to strengthen his claim of being the promised Messiah. Also, consider how the number 777 would disarm the resistance of most Christians of taking the mark of the beast.

“Here is another example of a name of Christ Jesus that has a theomatic value that points to the Antichrist: ‘Christ the Lord’ (Luke 2:26) [the theomatic value is] 111 X 21.”

Did you notice that “Christ the Lord” also has a theomatic value of 777 X 3?  This is perfect deception in the making!

There are many more such references to the Antichrist, using the Theomatic number 777, such as:

Which also has an Antichrist theomatic value of 2 X 777.

Which also has an Antichrist theomatic value of 9 X 777.

Which also has an Antichrist theomatic value of 4 X 777.

Which also has an Antichrist theomatic value of 3 X 777.

Which also has an Antichrist theomatic value of 4 X 777.

Which also has an Antichrist theomatic value of 5 X 777.

Which also has an Antichrist theomatic value of 9 X 777.

Which also has an Antichrist theomatic value of 777 X 4.

Which also has an Antichrist theomatic value of 777 X 4.

Which also has an Antichrist theomatic value of 777 X 2.

It also has an Antichrist theomatic value of 777 X 10.

Now consider the following:   The Antichrist comes forth with a plan to save mankind from all the terrors that have come upon the Earth by controlling what everybody buys and sells.  No longer is there a possibility of an underground economy supporting either legal or illegal activities.  However, the Antichrist is fully aware of Christianity’s wariness of taking the mark of the beast, 666, or his name.  He instead gently asks that all humanity give honor and thanks to God by receiving the perfect number of God (777) or one of the names mentioned above (such as “Christ the Lord”).

You are given a choice to die or take the name “Christ the Lord,” or the number “777″ on your forehead or hand.

Now tell me, what would you do in the above situation?

Knowledge alone will not save you!

When Christ returns to the earth he will return for those with pure hearts; those who believe and trust in the gospel of grace to make them in the image of Christ Jesus (Titus 2:11-15; Colossians 3:1-17; Genesis 17:1-9; Galatians 3:14,16); those who fulfill the Law of God by loving their neighbor as themselves (Romans 13:8,9; Galatians 5:15; ); those who prepare themselves for Christ’s return by making themselves holy and blameless through faith (the assurance of your salvation) and works (obedience to the promised Holy Spirit, Galatians 3:14; Hebrews 3:7,8) which produces the nature and character of God in those who believe, those having the faith of Abraham (Genesis 26:5; Matthew 5:48).

Ask yourself these questions:  What is the gospel?  What did Christ Jesus say that a man must do to be saved?

8 “But now (in the days of our flesh) for a brief moment grace (the power of God to make us as He is) has been shown from the Lord our God, to leave us an escaped remnant and to give us a peg in His holy place, that our God may enlighten our eyes (to make known the mystery of the gospel, Ephesians 6:19) and grant us a little reviving in our bondage (to the powers of darkness).

9 “For we are slaves (to our sin nature); yet in our bondage (to the powers of darkness and their teachings), our God has not forsaken us, but has extended lovingkindness (the grace of God, our Lord and Savior Christ Jesus) to us in the sight of the kings of Persia (the powers of darkness will see the people of God transformed into the image of God while living upon the earth in flesh bodies), to give us reviving to raise up the house of our God (we are the house of God, a holy temple), to restore its ruins, and to give us a wall in Judah and Jerusalem (making us a part of the Israel of God, a people with pure hearts).

May the grace of God enlighten you. 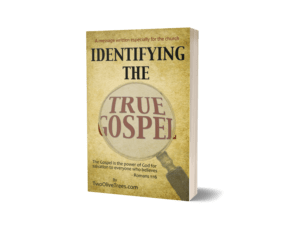